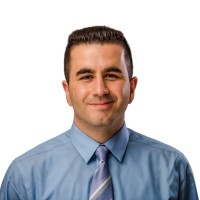 In the previous post, we talked about grep and git-grep command utilities for quickly and efficiently searching through a code base. We showed good examples of how to use these tools effectively. In this post, we will continue where we left off, and talk about git-grep, cscope and opengrok.

git-grep is a git feature that searches for text in a repo’s tracked files. It works the same as the grep utility, but is much faster than grep because it only searches tracked project files. It connects with the repo’s git database, and allows you to search specific branches or tags.

Search for specific keyboard in a repo:

The results from the previous example show matches for markdown and text files. We might be only interested in the Python files, so we can limit the search to all types of Python files by using regex.

We can extend on this to search a string in a selection of file types. For example, we would like to search Python and text files.

Search in another branch

Because git-grep is a git utility, it provides us access to git’s database. It allows us to search a string or a regex on a specific branch. For example, first let’s search for the word token in the current and then let’s repeat the search, but this time searching specifically in the env-tokens branch

Search in another branch

Because git-grep is a git utility, it provides us access to git’s database. It allows us to search a string or a regex on a specific branch. For example, first let’s search for the word token in the current and then let’s repeat the search, but this time searching specifically in the env-tokens branch

There are many other useful options. Refer to git-grep documentation for a list of available options

cscope is an interactive Linux tool that allows the user to browse through source files for specified elements of code in a terminal environment. It is best suited for C/C++ or Java projects, but can be extended to other projects such as Python. The first time cscope is invoked, it builds a symbol database on the source files, which it then uses for answering user queries. Vim’s Help File summarize cscope as:

Cscope is an interactive screen-oriented tool that helps you: Learn how a C program works without endless flipping through a thick listing. Locate the section of code to change to fix a bug without having to learn the entire program. Examine the effect of a proposed change such as adding a value to an enum variable.

Verify that a change has been made in all source files such as adding an argument to an existing function.

Rename a global variable in all source files.

Change a constant to a preprocessor symbol in selected lines of files.

Before we begin using cscope, you should setup the editor that Cscope will open the search in. Usually, the default editor is vi/vim, but sometimes it’s set to emacs or none. You can change the cscope editor using the environment variable CSCOPE_EDITOR. For example to change to emacs:

You can also just add this to your ~/.bashrc file so that way it’s permanent.

On the first using cscope, navigate to your project’s home directory and run cscope -R to generate a symbol database. Once cscope finishes generating the database, you will see an interactive screen as show below: 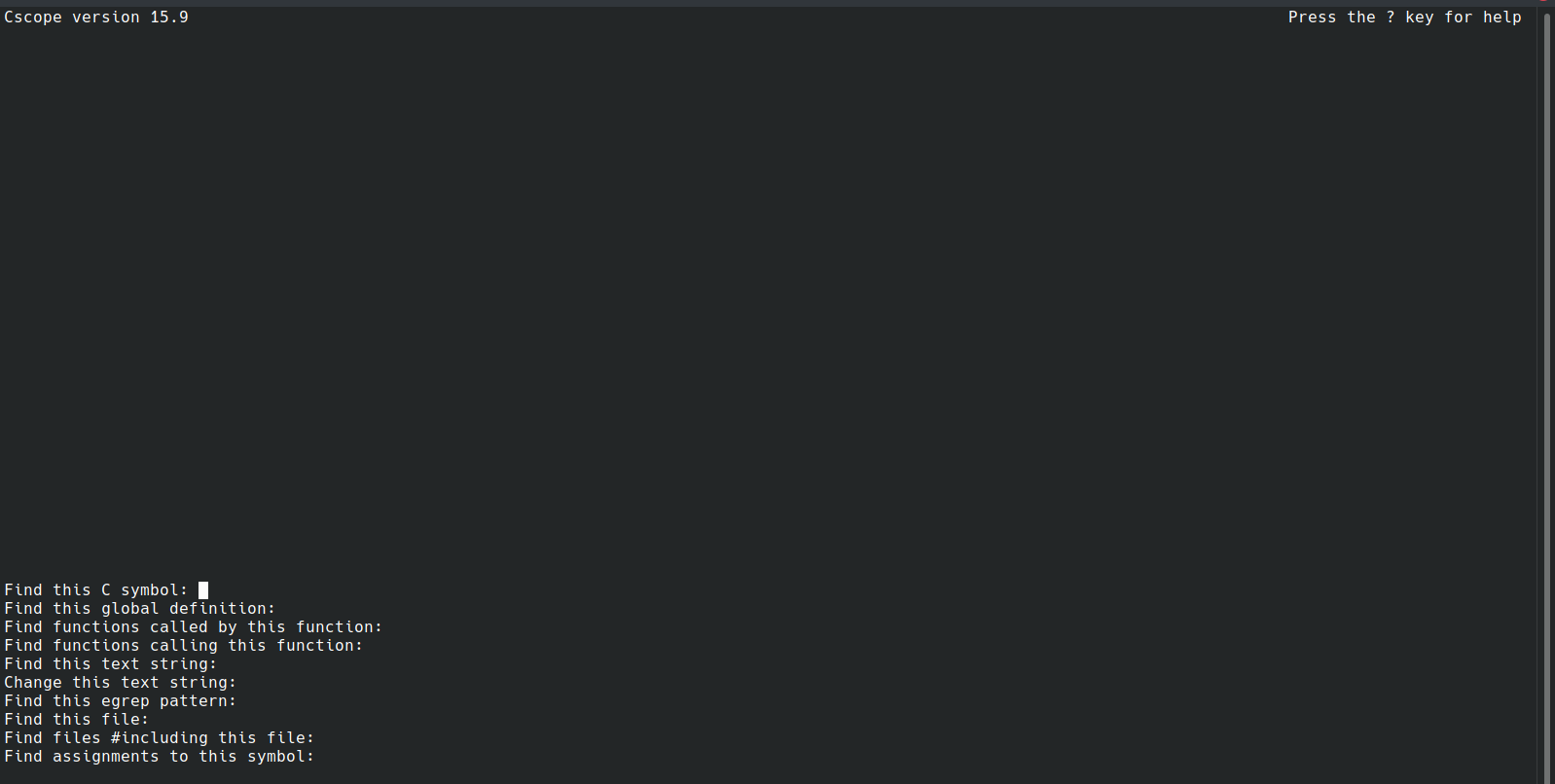 To exit out of the interactive screen, press Ctrl + d In the same directory, you will find a new file called cscope.out. This is the generated database file containing all the generated symbols.

Now we’re ready to use cscope to find symbols or function definitions. For example, let’s say we’re interested in finding the definition of struct task_struct defined in the Linux Kernel. Run cscope -d and navigate to “Find this global definition:”, and enter task_struct. In the results, navigate through the results until you find a file that might have the definition, then press enter (you can also just press the letter mapping to the file shown on the left most column) to open the file. Press the spacebar to navigate to the next screen of the results.

Found the file containing definition of struct task_struct on line 661: 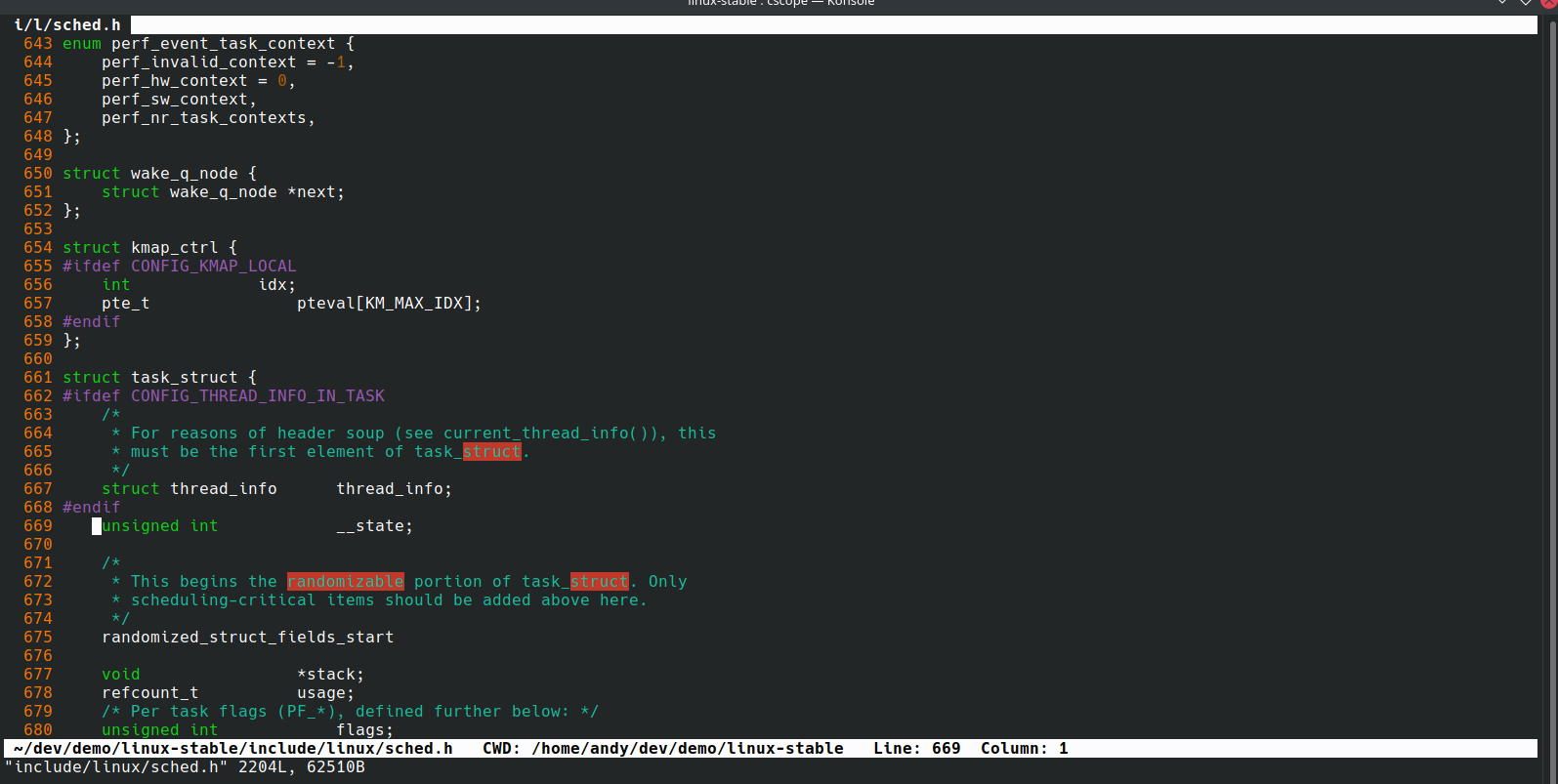 Found the function definition inside the file kthread.c in line 334: 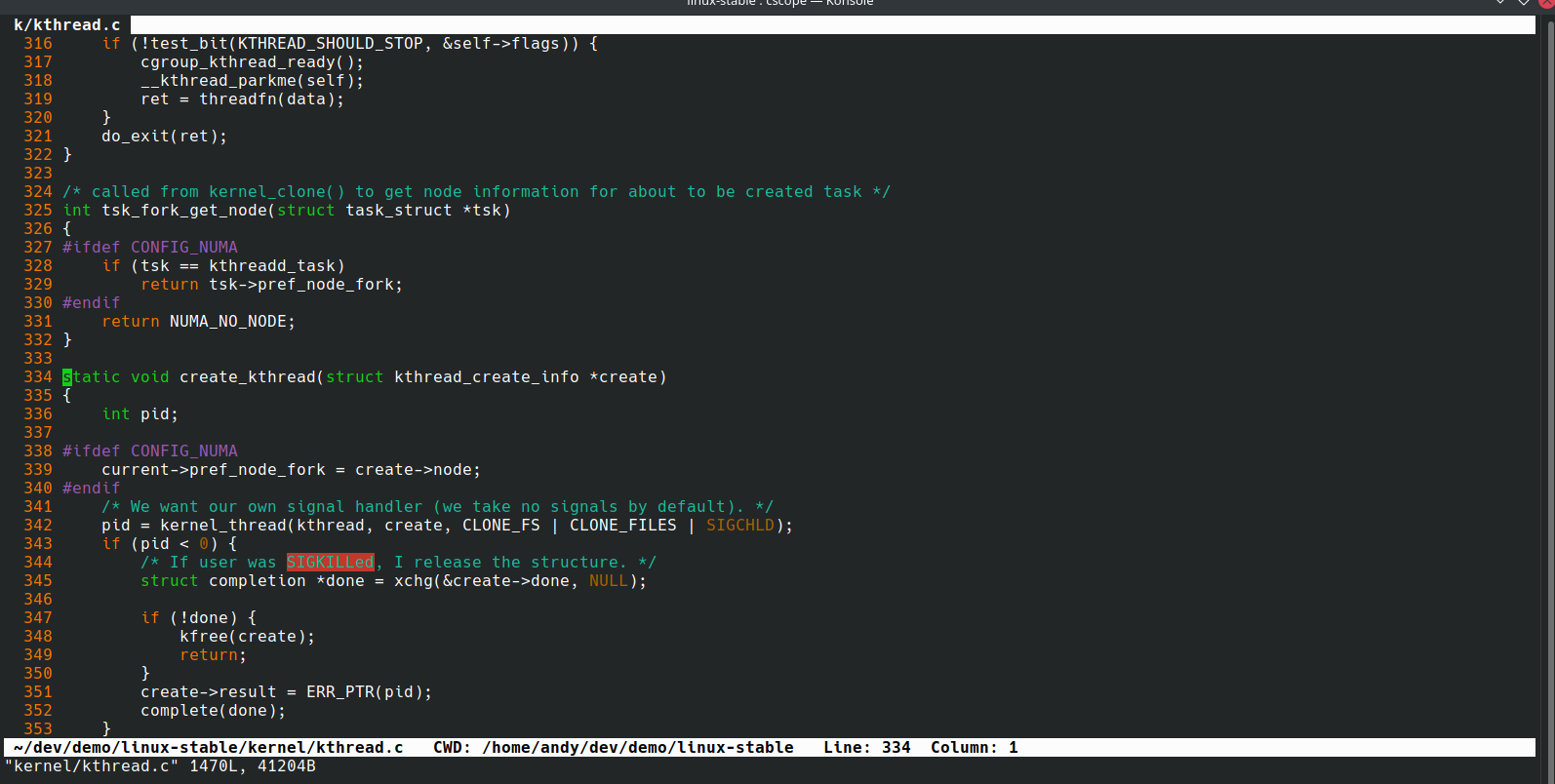 opengrok is another powerful and popular tool for browsing source source code. It can understand version control history of many version control systems such as git. Unlike the previous tools explained, opengrok provides a web interface to the user to search, cross-reference and navigate source code trees. It comes very handy for browsing source code for particular branches, specifically when those branches track different code releases. In addition, since it has a web UI, it makes referencing code very easy. You can create a clickable link to any line in any source code file. This is very powerful when discussing code over an email or instant messaging like Teams or WebEx.

Setup is very simple. You just need to create directories for src and data which will hold source code projects and opengrok’s data respectively, and then download and run a docker image.

1) Make a directory for source code and data configs

2) Clone the git repositories into src

By this step, the source code should be browseable on http://localhost:8888/source/

Now you can search for a specific symbol for function name. As an example: kthreadd

One of the main features of opengrok is the clickable link to an exact line number in a source file. For example, http://localhost:8888/source/xref/linux-stable/kernel/kthread.c#657. This comes in handy when referencing specific line of code over email. Also, because of the nature of opengrok, one can have each release branch as a project in the src directory. This makes it easy and possible to reference shipped code or code released some time ago.

This is the end of this blog series.

Feel free to reach out to me, comment, or ask questions if needed.

You may also enjoy

To Blog or Not to Blog

What’s in a blog?